How two ad guys want to change your relationship with money.

Just before the new year in 2015 I sat in a café with an ex-colleague of mine and we decided to build a boutique branding agency. With a small team our goal was to help fledgeling brands get off the ground using our 40 years of combined marketing experience with the likes of global giants Coca-Cola, Citi Bank, Nestle and many, many more. Little did we know, three years later we would be building a new digital bank with a social twist during one of the most innovative and exciting times in the history of UK banking.

This is a short story of how Nazim and I have taken a daring concept and are bringing it to life.

Nazim was educated in Canada where he received an Honours degree in Economics. Shortly after, he moved to Moscow where he set up an ad agency called United Campaigns later to be bought out by Publicis Groupe (one of the oldest marketing companies in the world). This was a bold move particularly in mid-90s Russia where capitalism was a relatively new concept. But within a few years the company grew to be the second largest creative agency in Russia.

My UK education was in marketing and design after which I also moved to Russia. This was initially for a short summer holiday but turned into a 23-year life-changing move. My path crossed Nazim’s at Publicis in 2006 when I joined as a creative director and we worked together for about 6 years.

We both went our separate ways until 2015 where we hooked back together in London, which brings us back to the café where this story begins. I had a flat white and he had his favourite, a macchiato (whatever that is!), but more importantly:

Nazim had an idea. And it had nothing to do with branding.

He shared frustrations about his day-to-day life that I could immediately relate to. Like most of us, he socialises with friends and family on a regular basis, sharing the cost for group meals, paying up-front for shared holidays, getting paid back, reconciling expenses, financially supporting those close to him and so on. He was constantly lost in the world of who owes who and how much. Was it a gift? Did he need to pay them back? Did they need to pay him back? Quite often there would be a level of awkwardness when meeting a friend - had either one of them under or overpaid the last time they met for a meal? Was anyone still out of pocket?

Surely there is a trusted financial service out there that allows people to focus on what is actually important in life - enjoying time with friends and family. That is what’s important, not worrying about the money arrangements that consistently hamper one’s life experiences. Surely it’s not too much to ask in a world that is so far advanced technologically?

After a fair bit of digging around we quickly understood that there really wasn’t a service that holistically understood or embraced this issue, and that the world needed a bank like B-Social. 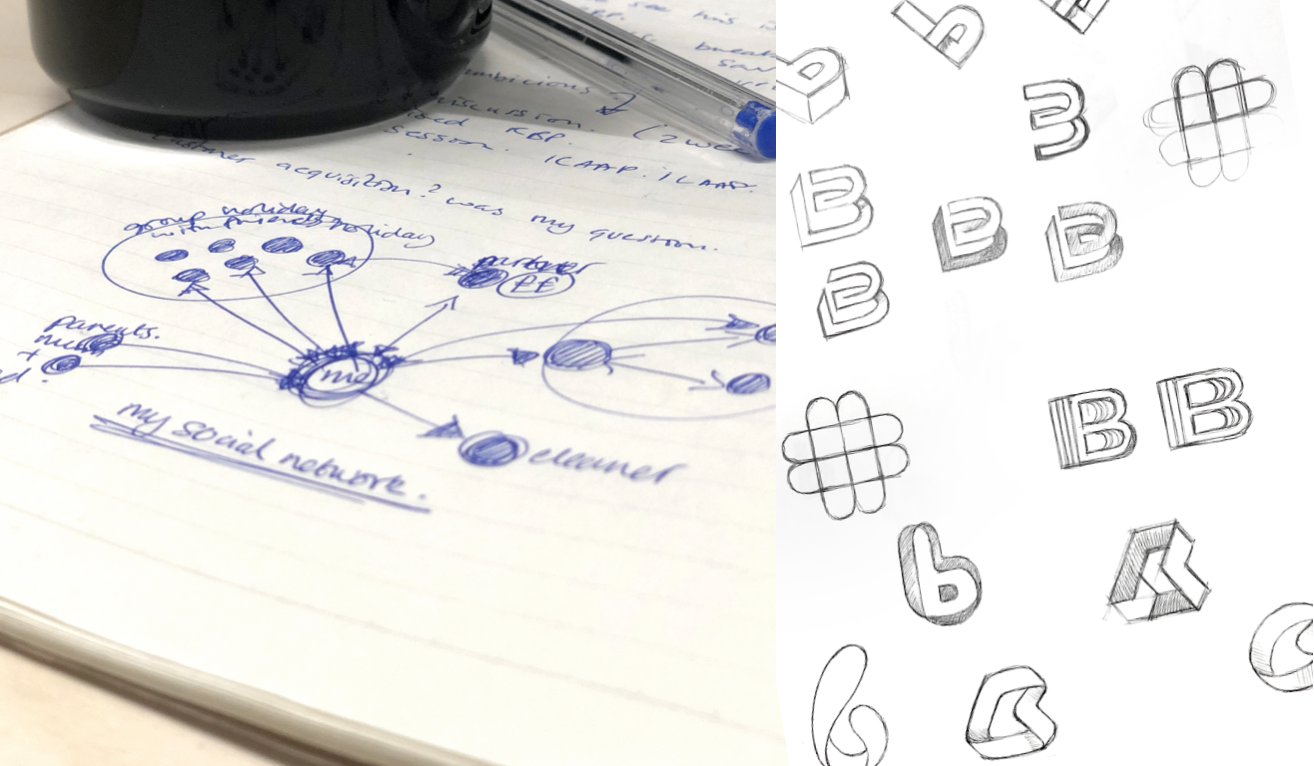 Around this time Nazim coined the phrase “money socialisation” and on a few scraps of paper we started to visualise how money moves between bank accounts and within our social networks. We looked at the space from a consumer perspective: wouldn’t it be cool if my bank could bend itself around my needs and my life. We mapped out diagrams of how money should flow between people in order to make this happen. As our diagrams evolved we could instinctively see that our idea was a powerful concept that touched everyone.

We decided to follow our instinct and solve a real life problem that deserved 100% of our time. Soon enough we had a full-on branded deck, slogan, logo and use cases. I even cobbled together some wireframes with narratives.

We touted the deck in front of friends and family, receiving an increasingly excited response. It was clear that everyone we talked to suffered similar friction when managing their “social money” and so with a growing sense of urgency we extended our reach by presenting to a wider audience: Bankers, technologists and entrepreneurs.

Up until now the idea of building the bank ourselves seemed quite absurd. Who were we to do so? Two ad guys with a great idea but not a banker in sight. When presenting to bankers we would receive divided opinions. Some backed it as a golden opportunity to redefine banking whilst many others claimed it was too ambitious and impossible to execute.

There were only so many presentations we could make before we came to the realisation that the only way this was going to happen was if we did it ourselves. We took a few knocks and bruises but we kept going and by mid-2016 we had completely switched strategy from “we’ve got a cool idea for a bank” to “we are building this bank ourselves”. 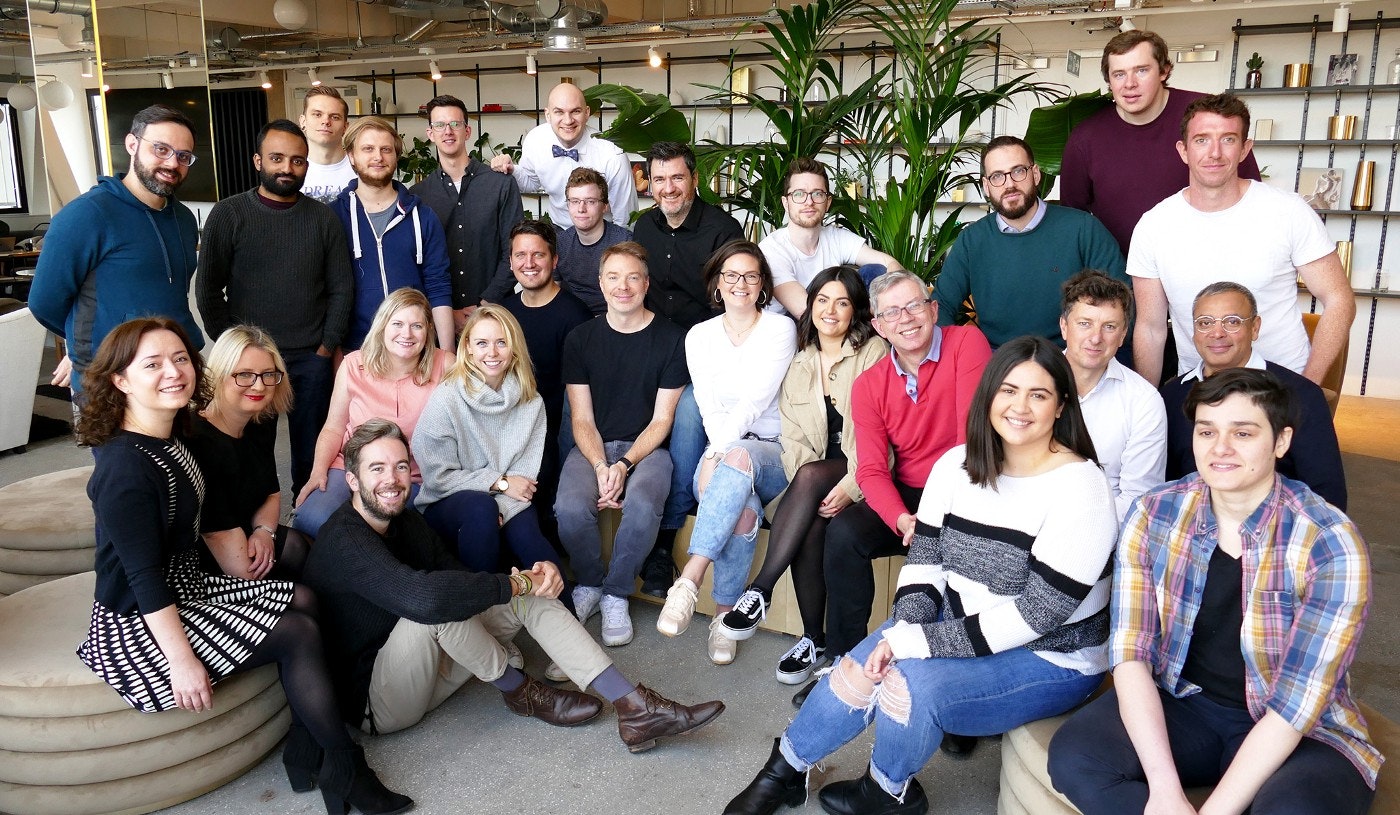 We were able to surround ourselves with like-minded, ambitious people and grew from a cramped 2-person office to a highly talented and passionate team of over 30 all working towards making money as social as our lives. We’re live on iOS and Android, and rapidly building out a community of users. We have just completed a £3.2m seed round and are in conversation with the regulators as we make our application for a UK banking licence.

Who’d have thought that a couple of ad guys could start all this? From a concept that started out on a scrappy piece of paper in a cafe, to a proposition well on the way to being a reality. When we pull this off, money will be easier, stress free, less awkward and with any luck we can all be better friends, partners, siblings, parents and colleagues.

See other articles by Nicholas