Clojure apps take a long time to build and start. If you stop your application server process and restart it, the app will be unavailable to the users for about 10 to 20 seconds until the new server process starts. In this article, we describe a setup for Clojure web app deployment using git and Supervisor that does not have a downtime period and thus offers a better experience for the users.

This guide assumes that you have Clojure and Leiningen installed (if you don’t, you can use the installation instructions here) and that you have a domain name and a virtual private server on a cloud service like DigitalOcean or Hetzner.

On your virtual server, you will need nginx and supervisord (both can be installed with apt-install on Ubuntu), as well as Leiningen.

For a demo, create a simple Clojure application on your development machine. A good way to do it is to use the Luminus framework:

where myapp will be the name of our test app. You can now try launching the app locally:

This will install all the dependencies and launch the app on the port 8000 (Luminus starts the web server on the port specified in the $PORT environment variable, and the default port number is 3000). You can check if it is has started successfully by trying http://localhost:8000 in your browser.

Next, we will set up the deployment procedure.

If you are familiar with how Git deployment works, you can skip this section. If you encounter any problems, you can refer to DigitalOcean's guides for a more detailed explanation.

On your virtual server, create a bare repository which will serve as the target for your git push, and a directory where your app's code will be located. For this example, we create both the repo and the app directory in your account's home directory. If needed, you can also do this in /var/www or elsewhere on the server.

On your local machine, initialise a git repository and commit the files that Luminus has created for you:

We will provide the necessary git hooks later on.

Now you need to launch the application on your server.

For this example, we will use Supervisor as the process manager, but the same logic will apply to any other process manager. Supervisor daemon turns your applications into daemons, or tasks (Supervisor calls them 'programs'), starting and stopping them upon request and restarting them on failure and on server restart.

The issue is that in the simple one-task configuration, every time you re-deploy and restart the app, it will be unavailable while it is starting - which may take around 10 seconds even for a basic Clojure app. To work around that, we create two tasks and rotate them on each deployment - so that the task running the old code is only stopped after we have verified that the task running the newly deployed code is ready to receive requests.

After you have installed Supervisord on your virtual server, create a configuration for our app by adding /etc/supervisor/conf.d/myapp.conf [from this Gist](#file-myapp-conf).

We will run up to two instances of our app. Each time we will deploy the app, we will build an uberjar, so we don't have to care about any Java / Clojure dependencies - it will include all the libraries that the specific app snapshot depends upon, and can be launched with a single java command.

The two tasks will be named myapp-live-1 and myapp-live-2: the names will have the same prefix and the only difference between them will be the number of the instance.

We will launch the app under the www-data user account to keep the logs in /var/log (Supervisor rotates the logs automatically), start both instances automatically at system startup and restart each of them up to 3 times. Each instance will have its own environment variables; at the very least, we give them different PORT and NREPL_PORT numbers so their web servers can work simultaneously. Other configuration variables can be added as necessary - they may be the same for the two instances (database credentials, etc.) or different.

To make the Supervisor's control command accessible to your user without sudo (which will help to restart the tasks it git hooks during deployment), change /etc/supervisor/supervisord.conf by adding the lines in the [unix_http_server] section:

Now, reload Supervisord with that config:

Note that the processes won't start because there are no JAR files yet. For that, we need to set up how we actually deploy the application.

First, we need to keep track which instance of the app is running and which one should be launched next. One can do it using a special file in the app's directory with the number of the app to be launched on the next deployment. We will keep that file, alongside other files related to the deployment, in a subdirectory named deployment-files. Below are the shell commands to read that file and put its contents into the $next variable. By default, we create the directory and assume that we are going to launch instance 1. No need to run these commands manually - we will put them in a script a bit later:

Now, we build the uberjar and put it into the deployment-files under the name that we specified in the Supervisor config:

After that, we start the Supervior program with the task in question:

Now the program has been launched, but it will only be available to the users in around 10 seconds (or never, in case if the http server within the app cannot start due to a bug or for some other reason). To make sure that it starts, we poll the server port at 0.1s intervals until it starts responding. If the app doesn't start within 30 seconds, we assume that it failed to start and abort the deployment:

Finally, when we have made sure that the server is working, we can stop the old instance and mark it as the one to be started on the next deployment:

In case we have different deployment targets on a single machine (for example, a live deployment and a beta-testing deployment), we can keep them in separate directories and have separate configs and separate Supervisor program groups for them.

Now, all the steps to do the deployment will be stored in a file named deploy.sh - you can find the full text of the script in this Gist. It also has an additional parameter, NOBUILD - you can run the script with NOBUILD=1 if you just want to rotate the instances without rebuilding the app (for example, to roll back a deployment).

To avoid accidentally overwriting the deployment-files/ directory and the deploy-config file, it makes sense to add them to the .gitignore file.

Also, we use the name standalone.jar for the Uberjar file (by default, the file name includes the app's name and version, which will be difficult to keep track of in the deployment script), so you will need to add :uberjar-name "standalone.jar" to your project.clj file.

Now, we need to specify the post-receive git hook that will check out the tree to the application's directory on each push and then pass control to the deploy.sh script provided with the application:

Now, commit the changes (a new file, deploy.sh, and an additional lines in project.clj and .gitignore) and push the app to the virtual server:

If everything compiles and launches successfully, you will receive the message that the instance 1 is listening on port 3000. As this is the first deployment, you will also receive a message that instance 2 cannot be stopped as it is not running.

Finally, to make the app available to the users, you need to set up the load balancer so that it passes the incoming requests to one of the instances, and then tries the other instance if the first instance does not respond.

That is the simplest possible config - you will have to expand it if you need HTTPS, caching or using NGINX to serve static files. Test if the config is valid and restart NGINX:

Now your app should be up and running on http://myapp-domain.com .

Now, each time you commit changes in your code, you can push it to your virtual server and have it deployed without downtime.

If you need to roll back to the previous deployment, you can log in to your virtual server and run NOBUILD=1 bash deploy.sh in your app's directory.

You can also add other deployment targets (for example, beta) - for each one, you will need a separate app directory (with its own deploy-config file), a Supervisor program group, an NGINX config file and a git repo on the remote machine (which you will need to add as an upstream on the local machine) - you can refer to the DigitalOcean's guide for details. 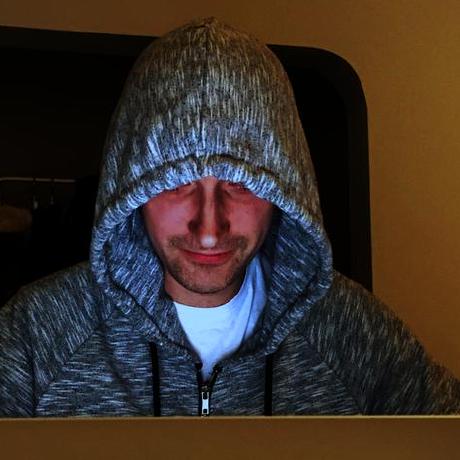